The Venetian Crier was the first student paper at the Junior College of Broward County. Classes started in September 1960 and the first issue was published on 26-10-1960. In the mid-twentieth century, Fort Lauderdale was marketed as the Venice of the United States and the name Venetian Crier was chosen to reflect that notion. In Venice, Italy, the gondoliers sailed the Venetian canals by calling (announcing) the news and messages as they plied the canals. Hence, the new college newspaper took on a similar role at the college- to spread the news far and wide among the student body and to the community. 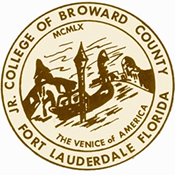 Can I Use It? Rights Status